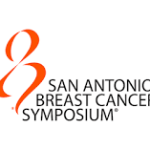 The first analysis of the trial results were presented in September of 2021 at ESMO where a statistically significant improvement in progression-free survival was demonstrated with the hazard ratio of 0.28 in favor of T-DXd, these data made T-DXd the therapy of choice in the second line setting for HER2-positive metastatic breast cancer, replacing T-DM1 in that position at the time, however, overall survival results were not yet mature.

Overall survival was a key secondary endpoint, and so we continued to follow the study and had pre-specified that the interim analysis for overall survival would be reported when at least 153 events had been observed. We passed that benchmark in July of 2022 with 169 survival events. And so at San Antonio (Breast Cancer Symposium SABCS) presented the overall survival interim, and it's important to note that in this trial about 40% of patients had previously been treated in, with one line of therapy in the metastatic breast cancer setting. And the remainder of the patients, the majority, had been treated with more than one line of therapy. So it's a heavily pre-treated patient population, and about 60% of patients had previously received Pertuzumab. So at our reporting at the interim analysis, the median overall survival had not yet been met in either treatment arm. However, T-DXd was statistically significantly better than T-DM1, in terms of overall survival with the hazard ratio of 0.64 and a P-value that crossed the pre-specified threshold, the P-value was 0.0037.

The 2 year overall survival was 77.4% in the T-DXd arm and was 69.9% in the T-DM1 arm. When we did a subgroup analysis, there were no differences. In terms of key subgroups, all subgroups appeared to benefit from T-DXd, including patients with and without hormone receptor positivity, prior Pertuzumab number of prior lines of therapy, whether or not patients had visceral disease or baseline brain metastases. We also provided an update of progression-free survival by blinded Independent Central Review, and reported that T-DXd had a median PFS (progression free survival) of 28.8 months, which was significantly better than T-DM1 at 6.8 months with a P-value of less than 0.00001, and a hazard ratio of 0.33. And then another key finding was the objective response rate with T-DXd was 78.5% with the complete response rate of 21.1%. Both of these compared favor. To T-DM1. So in terms of efficacy, these data firmly placed T-DXd in the second line setting after Trastuzumab and a taxane, we did update our safety data, which looked fairly similar to the data presented a year ago.

The one update is that we did observe a higher number of events of interstitial lung disease. At the first reporting it was 10.5% of patients having ILD. At this reporting it was 15.2%. However, there were still no deaths due to ILD as adjudicated related, and no grade 4 events and no additional grade 3 events, so the additional ILD events were actually grade 1 and 2.

What is Metastatic Breast Cancer?

The process through which cancer spreads is known as metastasis. Metastasis occurs when breast cancer cells break out from the primary tumor and spread to other regions of the body. These cancer cells travel via the circulatory or lymphatic systems (the network of lymph nodes and vessels that removes bacteria, viruses, and cell waste).

After initial diagnosis and treatment, breast cancer can recur in a different place of the body months or years later. This is known as a metastatic or distant recurrence. Nearly 30% of early-stage breast cancer patients acquire metastatic illness. Due to the rarity of male breast cancer instances, it is unclear how many of these malignancies metastasis, however men can also be diagnosed with metastatic breast cancer.

What are the most common questions for this metastatic breast cancer research?

We see interesting and practice changing new data, of course, it naturally stimulates new questions to be addressed. In the clinical trial realm. And so the DESTINY-Breast03 study is no different. We are, I think, eager to see what T-DXd will do, how it will perform in the first line setting, given its performance in the second line setting, and in the heavily pretreated settings from DESTINY-Breast02 and 03 (Daiichi Sankyo and AstraZeneca's Trastuzumab).

I think many are wondering whether T-DXd will be THP in the frontline setting. An additional question is, how well does T-DXd work in patients with active brain metastases? The DESTINY-Breast03 previously reported that it does appear to have some activity in patients with stable, non-symptomatic brain metastases at baseline, there is about 62, 63% of patients had an intracranial objective response rate, who were treated with T-DXd compared to about a third of patients with T-DM1 having an intracranial objective response rate.

So these data are very intriguing and are certainly inspiring prospective studies to address this and these types of studies with patients with progressive brain metastases and active brain metastases are ongoing right now with some early reporting that's very encouraging from the tuxedo.

Another question that DESTINY-Breast03 gives rise to is the interstitial lung disease. Of course, this is an adverse event of special interest to us all since we have seen on other clinical trials deaths associated with ILD somewhere around 2% of.

In this clinical trial we monitored patients (with HER2 positive breast cancer) very closely with scans of the lungs every six weeks, and patients who developed grade one ILD, which was only detectable on imaging in an asymptomatic patient who's breathing quite well.

We halted treatment with T-DXd and did not resume until the imaging findings of ground glass opacities or interstitial infiltrates had completely resolved. Anybody who developed symptomatic ILD was permanently discontinued from T D X. D and so I think there are a lot of questions about whether or not we should be scanning that frequently our patients outside of a clinical trial setting.

From my point of view, we should scan frequently every six to eight weeks to make sure our patient's not developing grade one ILD, because we do wanna act on that and hold therapy and consider steroids. There are studies that are Going to be done that will look at whether or not you can re-challenge a patient who had symptomatic ILD that completely resolved that should not be done outside of the context of a clinical trial.

And I think they're also investigations into the pathophysiology of the development of ILD that will help us better understand this and perhaps develop new measures to prevent or treat it.

In closing, I think these data are really important because they tell us with a good level of certainty that T-DXd should be used in the second line setting and not held until later. Given that we are seeing this type of overall survival benefit and the therapeutic index for this drug remains relatively good. This really does cement this drug in that second line setting until, of course, we see the data from the clinical trial looking at T-DXd compared to THP. If that study is positive, we may move T-DXd up even earlier.

Sara Hurvitz, MD - About The Author, Credentials, and Affiliations

Sara Hurvitz, MD is a medical oncologist practices at the Santa Monica Parkside site, which contains the integrative breast cancer practice and high-risk breast cancer clinic of UCLA Health. She specializes in the treatment of women with breast cancer, and is active in designing, implementing and leading national and international clinical studies to test new targeted medicines. She possesses board certifications in both internal medicine and medical oncology.

Dr. Sara Hurvitz maintains a solid clinical and translational research portfolio, for which she has earned multiple accolades over the years, including the Marni Levine Memorial Breast Cancer Research Award in years between 2008 and 2015. She is in charge of the preclinical evaluation of new breast cancer targets at the Translation Oncology Research Laboratory at UCLA.

Dr. Sara Hurvitz graduated from the University of Southern California School of Medicine with a medical degree. She subsequently finished her residency in internal medicine at UCLA as chief resident, followed by her fellowship in hematology/oncology at UCLA.