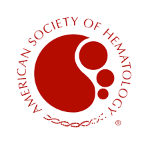 We presented data on Efgartigimod  in a phase three trial called Advanced iv, which looked at Efgartigimod compared to placebo in a randomized controlled trial in patients with  chronic ITP 18 years of age or.

Efgartigimod or placebo intravenously over a 24 week trial

All patients had failed at least one prior line of I t P therapy and were either on concurrent therapy that was not effective or had failed more than two lines of therapy. They were randomized two to one to receive Efgartigimod or placebo intravenously over a 24 week trial. And what we noted was that we did meet our primary end.

With a statistically significant improvement in platelet count in patients who received Efgartigimod as compared to those who received placebo. We also reanalyze the data utilizing the international working group criteria, which not only take into account platelet count. But also look at clinical bleeding episodes, and we noted a 51.7% response rate in the patients that received Efgartigimod  as compared to placebo.

No safety signals with regards to the trial and Efgartigimod

There were no safety signals with regards to the trial. No unexpected issues. Most of the adverse events were related to the underlying disease. With a low platelet count. Those would be things like bruising petechia, hematuria, and epistaxis. We noted that there were a subgroup of patients within the trial in which we were able to be pre-described.

Efgartigimod performed better than placebo in all of these different subgroup

The standard of care generally involves initiating therapy with a steroid in combination or alone with other immunosuppressants like rituximab. We also have our availability. Thrombopoietin receptor agonists. What we know though, is that up to 30% of our I T P patients will not have an adequate response or will have unacceptable side effects related to those standard of care.

Options and this study was important to try to identify a therapy that would be potentially available to patients who either did not respond to standard of care or who could not tolerate it based on unacceptable side effects.

A randomized controlled double blind placebo trial is always the best that you can perform in order to really gauge the effectiveness of your therapeutic intervention. Patients with I T P can have. A variable course of their disease. And so we wanted to set this up as a placebo controlled trial so that we were sure that we were evaluating the actual therapeutic benefit of our drug rather than just the potential modulation of the platelet count that can happen during I T P.

I think that people are not very familiar with what the neonatal fc receptor actually does, and so I think the mechanism of action of this drug is important to think about. We know that I T P is an autoimmune diseases in which pathogenic IgG autoantibodies are produced. What we don't think about very often is what happens to those antibodies.

And removed from the circulation. So I think this is a step forward in really addressing in a very specific way, one of the main pathophysiologic mechanisms by which patients developed thrombocytopenia in I T P.

Think about the mechanism of action. Remember that we're now trying to get closer to precision medicine rather than the shotgun kind of approach. Remember that there are. Up to 30% of patients who are not responding to our current therapeutic armamentarium. So there is still an unmet need in ITP and look forward to data from the subcutaneous trial, which is continuing to accrue patients, and hopefully that'll allow us to get enough data to provide an additional therapeutic intervention for our patients with itt.

Catherine M. Broome, MD, is board certified in internal medicine, hematology and medical oncology. She has been on staff at the MedStar Georgetown University Hospital's Lombardi Comprehensive Cancer Center for thirteen years.

A fascination with the science of hematology and the opportunity to develop a strong relationship with patients and their families led Dr. Broome to specialize in hematology and medical oncology. Dr. Broome focuses on developing a partnership with her patients, providing them the most up-to-­date information and treatment options. They work together to develop a treatment plan that fits medically, while also taking in account all aspects of the patient's life.

Because participation in clinical research programs is an important part of Lombardi Cancer Center's treatment philosophy, Dr. Broome is able to offer patients the opportunity to be part of clinical trials for a variety of diseases including ITP, autoimmune hemolytic anemia, cold agglutinin disease and hemophagocytic lymphohistiocytosis.

In addition to patient care, Dr. Broome is also an associate professor in the Lombardi Cancer Center's department of medicine, teaching the next generation of physicians. She also serves on the hospital's safety committee, which focuses on developing programs and policies to ensure that patient safety is top priority throughout MedStar Health.