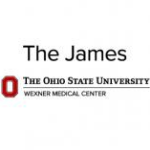 What is the LCMC3 (Lung Cancer Mutation Consortium) Trial?

So, this is a consortium of academic institutions across the United States that collaborate with each other to conduct molecularly based clinical trials to advance the state of the art of lung cancer (neoadjuvant) therapy.

What Is The Current Standard Of Care For Patients With Lung Cancer?

The current standard of care for lung cancer has become very complex in clinical oncology, and I can't review every aspect of it, but basically, there are two types of non-small cell lung cancer (NSCLC) patients those that have driver targets and those that do not. Most of the patients without driver mutant targets will get immunotherapy as standard of care today for metastatic disease. But until recently, immunotherapy has not been part of the (neoadjuvant) therapy for early-stage (nsclc) lung cancer, despite the fact that early-stage lung cancer is common. Even with complete surgical resection (or resectable lung cancer), approximately half of the people will eventually die from their disease. So it makes sense to try to use medical approaches to improve those clinical outcomes. And historically, we have used (adjuvant) chemotherapy in that setting, and that has improved.

Overall, the survival rate for resectable (non-small cell) lung cancer (non-small cell lung cancer (NSCLC)) is about 5%. And we have recently seen studies though multiple studies that have shown that addition of immunotherapy. Before or after (they underwent) surgery (lung cancer surgery), it improves event free survival. But one of them, there is a lot of unknown questions in that setting.

A combination of immunotherapies such as Ipilimumab and Nivolumab, or Durvalumab and Treme. So, the lung cancer mutation consortium set out to do a trial several years ago. It ended up being the largest trial of single agent immunotherapy combined in the surgical setting in clinical oncology. We ended up treating over 180 patients in that trial.

And we wanted specifically to use single agent immunotherapy because we wanted to intensively study LCMC3 (predictive) biomarkers or the viable tumor cells sample before and after immunotherapy as well as (peripheral) blood and lymph node samples, with the intention of correlating features of the patient and the fewer viable tumor cells with the major pathologic response in the neoadjuvant setting, with the radiographic response, and with clinical outcomes.

What Things Have The LCMC3 Study Reveal For Pts With Non-small Cell Lung Cancer (NSCLC)?

So, this LCMC3 study was recently, published in Nature Medicine, and we have a series of papers looking at molecular features of the cancer that correlate with event-free survival, but, one of the things that we found in this study that I think has real clinical implications that LCMC3 has told us many things.

Starting with the clinical implications, we did see pathological complete response as well as major pathologic responses after just three doses of atezolizumab given before they underwent surgery. In stage IB to select three B patients. And even though the rate of pathologic complete response was only 7% compared to over 30% in the NADIM and CHECKMATE-816, our three-year survival in this population was really excellent with 80% of patients with clinical stage III disease alive after three years, which implies that not everyone needs chemotherapy. And we may. Have and we have, so we have evidence that immunotherapy alone can be active in the setting.

What Are The Potential Molecular Targets That We Direct Our (Neoadjuvant) Therapy Toward Improving Clinical Outcomes With The LCMC3 Study?

So, in this primary manuscript we did, we came up with a very interesting finding in addition to the excellent survival in this population and the lack of interference which underwent surgery and the safety of doing this, we found that a certain (significantly associated cell) subsets of immune cells in the (peripheral) blood from these patients before treatment were statistically significantly associated with major pathologic response. And interestingly, even though this is a PD1, PDL1 (pd l1) targeted drug that blocks the PD1 pathway. And I might have expected that some of the parameters that predicted the response evaluation criteria to this agent would have been T-cell subsets or possibly to suppressor cells or myeloid drive suppressor cells.

It turns out that of the subsets of cells that we found associated with the pathologic response rates in the pretreatment peripheral blood, most of those subsets were (peripheral) NK cells or NKT cells, and we found that. Specifically, there were several markers on these cells that were highly correlated with a major pathologic response, and specifically markers like ILT2 and ILT4 and NKG2A were associated with a poor response.

So, if you had high levels of these NK cells with these markers, and then those patients were predicted to have a low. Chance of a major pathologic response since we had a large LCMC3 (Lung Cancer Mutation Consortium), we were able to divide it into a training and a testing cohort, and this feature held up in the testing cohort.

And then, in addition, we evaluated it in a third set of patients that derived no benefit from this immunotherapy and had primary progressive disease (progression). And these subsets of cells also predicted a lack of response for that cohort. In fact, we were able to produce a classifier that was able to assign a probability of (major) pathological response to individual patients.

Many biomarkers are statistically correlated with an outcome, but the most useful feature is a biomarker where you can give a number to a patient like oncotype dx or other pretreatment biomarkers of risk that you can assign to a patient to help guide their individual therapy.

So, this obviously needs prospective testing and confirmation, but we are extremely interested in refining this predictor so that it might have clinical utility and determining whether it might benefit patients, selection of patients for metastatic disease as well. And I think very interestingly, a biomarker does not just tell you if you are going to do poorly; it gives you markers that might be therapeutic targets to improve the probability of response.

And already developed and in clinical testing are antibodies against ILT2 and ILT4 and NKG2A. And so, it makes a lot of sense to potentially to hypothesize that our findings Could imply that these would be biomarkers for a selection of combination therapy of PD1 targeted therapy along with an NKG2A or a ILT2, or ILT4 antibody.

So, we are very excited that this may lead to not only a better classification of patients, who may benefit from single agent immunotherapy without chemo, but also suggest biomarkers to test for these novel combinations. We have many other studies that have been that are being done with the samples from this LCMC3 clinical trial.

The T-cell receptor profiles antigen specific immune responses with many different technologies, including BALK, single cell RNA sequencing, and DNA sequencing. This trial is an example of how an academic consortium can really help guide clinical care in this setting.

Where today as opposed to genetically targeted therapies we are regressing to a one size fits all approach for immunotherapy where everyone gets chemotherapy plus a PD1, and some people benefit and some do not. And we really do not have ways of selecting these patients like we do for targeted therapies.

So, this is a step in that direction, and the neoadjuvant trials really represents a terrific platform for access to biospecimens to answer these questions. So, I hope that this sort of LCMC3 clinical trial will be a paradigm for future advances in helping tailor therapies to patients going forward.

Final Thoughts On the LCMC3 Study

Immunotherapy has really transformed how we treat lung cancer, and it has really enabled us to think about it. Five-year survival in metastatic disease, which would have been unthinkable when I started in this business over 30 years ago, is now possible, but it is far from perfect. And the current studies show that five-year survival is in the range of 20% with chemo IO, which is fantastic compared to historical controls, but it really is not particularly good, and we need to determine who benefits from this therapy and, for those that don't, why not? And what other types of therapies do we need to add to really make our immunotherapy approach more tailored to the patient and more scientific than we are able to do right now in clinical oncology?

David Carbone, MD, PhD - About The Author, Credentials, and Affiliations

David Carbone holds the Barbara J. Bonner Chair in Lung Research, serves as the head of the James Thoracic Oncology Center, and is a professor of internal medicine at the OSUMC. He received an honors diploma from Amherst College in 1977, and in 1985, he graduated from Johns Hopkins University with his MD and PhD in Molecular Biology and Genetics. He then finished his internship and residency in internal medicine at Johns Hopkins Hospital from 1988 to 1991, and after that, he completed a fellowship in medical oncology for clinical oncology at the National Cancer Institute in Bethesda, Maryland. He served as a professor of medicine, cell biology, and cancer biology at Vanderbilt, the director of the program for thoracic/head and neck cancer, the principal investigator of the 11-year-old Vanderbilt Specialized Program of Research Excellence (SPORE) in lung cancer, and director of the program for thoracic/head and neck cancer. He was hired by The Ohio State University in 2012 to serve as the James Thoracic Oncology Center's director.

His clinical practice setting in medical oncology, research, grants, and publications have all been about lung cancer, especially the development of proteomic and expression array signatures, lung cancer genetics, cancer immunotherapy, and immune-suppressing mechanisms that are linked to tumors. Recent research trends include the discovery of molecular biomarkers to guide patient (optimal medical) management and therapy, as well as the molecular profiling of lung tumors and preneoplasia's to guide the development of new medicines, especially through the use of mass spectrometry-based proteomics.

He has been continuously supported by the NCI since the start of his career and has over 200 peer-reviewed papers, books, and review articles to his name. He has also served on numerous NCI grant review panels, including the clinical program project parent committee. He has served on the National Cancer Institute's Board of Scientific Counselors and is currently the Chair of the Lung Biology Subcommittee for the Eastern Cooperative Oncology Group. He is also a former president of the International Association for the Study of Lung Cancer (IASLC).