What is Trastuzumab T-DXd?

Trastuzumab T-DXd is an antibody-drug conjugate that consists of an antibody that binds to the HER-2 receptor that can be over-expressed or mutated in several different cancers. That is covalently linked to a payload. In this case, it's a topoisomerase one inhibitor, a very potent chemotherapeutic drug, which has high toxicity typically when administered systemically.

Is Trastuzumab T-DXd a new or an old drug?

Trastuzumab T-DXd is new. It was first tested in clinical trials, starting in 2017 and over the course of this relatively brief period of a clinical trial that has demonstrated efficacy in safety, in metastatic breast cancer, gastric cancer, and lung cancer, the drug has subsequently received approvals from the FDA in the United States for these uses.

How Many Clinical Trials Were Examined in T-DXd Treatment and Interstitial Lung Disease?

In the setting of advanced metastatic breast cancer, advanced gastric cancer, and advanced lung cancer. Typically in patients who have failed initial approaches to therapy and in patients whose tumor types expresses HER-2 at high levels and with more recent approvals in low levels. So the most recent publication presents the experience accumulated from nine clinical trials of single-agent use of trastuzumab T-DXd starting in 2015 up into the present day. It covers patients who have tumors of the colon, lung GI tract and other sites as well. Overall, it is the largest experience to date published for the incidents of interstitial lung disease.

Trastuzumab T-DXd Interstitial Lung Disease, Why Are They So Important?

Patients who have received trastuzumab T-DXd. Soon after clinical trials were launched for trastuzumab T-DXd in 2017, there was a fatality from interstitial lung disease and related ILD was identified as an adverse event, a special interest for this compound in response to sponsor, establish a process so that all events of suspected ILD.Would be independently adjudicated. This was done by an international multidisciplinary independent adjudication committee that reviewed all suspected cases of interstitial lung disease from the data collected from the work of the independent adjudication committee, several important learnings were acquired, and the data are summarized and reported in this paper. That was just subsequently published.

What is the incidence of interstitial lung disease in subjects treated with trastuzumab deruxtecan t dxd?

When was most ILD first reported?

By far, most of the episodes of interstitial lung disease that occurred happened during the first 12 months of therapy over 80%, and most of the ILD events were low grade in terms of severity using the NCI criteria. Most of the events were grades one and two. However, there were some grade four and five events.

The other question addressed in this report is which patients have an increased risk for developing interstitial lung disease. If they're treated with trastuzumab deruxtecan T-DXd. And using a multi-varied analysis approach, there were risk factors identified. However, I think it's fair to consider these risks to be hypothesis generating, given the nature of the design of the study itself.

These risks included patients from Japan as opposed to patients who resided in other countries and this is not entirely surprising since there does seem to be an increased incidence of interstitial lung disease associated with treatment with other targeted therapies, such as gefitinib in the setting of lung cancer in patients from Japan compared to patients in Europe and North America. For example, the Japanese origin one example of a risk factor. Other examples include patients who were treated with higher T-DXd dose, 6.4, as opposed to lower doses, 5.4 milligrams per kilogram. Patients who had lower oxygen saturation at baseline with a cutoff being 95% for the purposes of this study.

So these are a few examples of some risk factors that were identified as suggesting potential high risk. For developing interstitial lung disease upon treatment with the trastuzumab deruxtecan T-DXd. However, just to really emphasize, it's important that these risks will need to be validated in studies that are currently ongoing at this time.

What is the survival rate for interstitial lung disease?

It's well known that many cancer therapeutics are associated with an incidence of interstitial lung disease as an adverse event. This has been seen in targeted therapies that are used in lung cancer and other cancers it was seen and is seen in the experience of immunotherapy using checkpoint inhibitors, where there's an incidence of anywhere between 5% and 8% for in patients treated with checkpoint inhibitors, either as a single agent or in combination therapy and early on.

What is the main conclusion from the report on ILD and Trastuzumab T-DXd Treated Patients?

I'd say the main conclusions that we can draw from the data presented in this report are. The rate of adverse events, specifically interstitial lung disease and patients treated with trastuzumab T-DXd. The can is higher than that reported for other immunotherapy agents keeping in mind, of course, that these initial trials were performed and patients who were heavily pretreated. Before they were entered into the trastuzumab T-DXd trial that's point number one, however, I think point number two is potentially even more important and that is the data do suggest that careful attention to protocols so that interstitial lung disease can be promptly recognized and treated.

Promptly and appropriately can have an impact to mitigate the severity of interstitial lung disease that may occur in patients treated with trastuzumab deruxtecan. This is suggested by the longitudinal history of interstitial lung disease during the course of these nine trials. Whereas the highest proportion of grade four and five ILD events occurred for the trials that were initiated early on before.

What is The Appropriate Management of ILD?

The appropriate management guidelines were updated in 2019, and that the incidents of grade four and grade five interstitial lung disease is lower in trials that were initiated and conducted after the implementation of the new treatment guidelines and the educational campaign that accompanied the release of these guidelines. Again in 2019 suggesting the importance of prompt recognition and multidisciplinary diagnosis and treatment of interstitial lung disease to mitigate the toxicity and to optimize the outcomes for patients treated with this antibody drug conjugate.

Most of the events were grade one and two, the incidents of grade four and five events decreased over the course of time that these studies have been performed with a significant decline in grade four and five events in trials initiated and conducted after the implementation of a new treatment and diagnosis guidelines for interstitial lung disease.

Multivariate regression analysis identified the following endpoints. Multivariate analysis identified the following potential risks for interstitial lung disease. And they were enrolled in Japan, trastuzumab T-DXd dose greater than equal to 6.4 milligrams per kilogram, oxygen saturation, less than 95% at baseline moderate renal impairment at baseline presence of lung comorbidities at baseline, and time since the initial diagnosis of greater than four years.

But to emphasize these risks will need to be validated in ongoing clinical trials specifically, most importantly, in the randomized controlled trials that will allow fuller investigation of risk factors associated with interstitial lung disease and patients treated with this antibody-drug con.

Is There A Specific Type of Cancer That is More Susceptible to ILD?

So an important question is whether there's a specific type of cancer that is more or less associated with the risk of interstitial lung disease upon treatment with trastuzumab deruxtecan can the multi-varied analysis not identify specific cancer in which this was the case. There were more cases of interstitial lung disease and patients who had metastatic breast cancer. This is expected since these nine trials had an enrichment in terms of the number of patients with metastatic breast cancer, compared to other cancers who were treated across these nine trials,

A point I think it may be helpful to add is that the process of adjudication demonstrated the potential benefit of intense examination of adverse events done by a multidisciplinary independent panel that is able to identify potential opportunities to mitigate the risk of cumulative toxicity and to contribute to the efforts, to educate study investigators and study patients. To allow for a more prompt diagnosis and more appropriate treatment for interstitial lung disease and patients in whom it may occur.

Charles Powell, MD, MBA - About The Author, Credentials, and Affiliations

Dr. Charles A. Powell is Professor of Medicine and System Division Chief for Pulmonary, Critical Care and Sleep Medicine at the Icahn School of Medicine at Mount Sinai in New York and Medical Director of Respiratory Therapy at Mount Sinai Hospital. He received his medical degree at University of Chicago and trained in Internal Medicine at Columbia University and in Pulmonary and Critical Care Medicine at Boston University. A primary focus of Dr. Powell’s research and clinical activities is lung cancer. He also directs research programs focused on early detection of lung interstitial disease and airways disease. Dr. Powell is NIH
funded, has published over 100 articles, and directs a NIH funded laboratory that examines the genomics of lung cancer and lung fibrosis. He was the founding chair of the ATS Assembly on Thoracic Oncology and he sees patients in consultation regarding lung nodules and lung cancer. Dr. Powell’s International Reputation in the field is demonstrated by his election as President of the Fleischner Society. Dr. Powell is the CEO of the Mount Sinai-National Jewish Health Respiratory Institute that is a partnership of The Icahn School of Medicine at Mount Sinai, a top ranked academic medical center in New York City, and National Jewish Health, the nation’s leading respiratory hospital based in Denver, Colorado. Combining the strengths of both entities into an integrated Respiratory Institute brings together leading expertise in diagnosing and treating all forms of respiratory illness and lung disease, including asthma, chronic obstructive pulmonary disease (COPD), interstitial lung disease (ILD) and bronchiectasis. Through the integration of research advances, clinical skill and patient-focused processes and protocols, the Respiratory Institute offers a model for the state-of- the- art delivery of multidisciplinary, outcomes-driven care, and for the application of precision medicine for the treatment of respiratory disease.

Lung adenocarcinoma can progress from an indolent in situ carcinoma to an invasive, aggressive, metastatic tumor. The WHO/IASLC/ATS Lung adenocarcinoma classification emphasizes the distinction of adenocarcinoma in situ (AIS) and minimally invasive adenocarcinoma from their invasive counterparts. Molecular biomarkers of invasion can distinguish invasive from non-invasive tumors, a distinction that is typically difficult to make in small biopsies and cytology specimens and is becoming increasingly important as the recognition of early stage adenocarcinoma increases with the widespread implementation of lung cancer screening programs in the United States. Please visit the Charles Powell Lab. 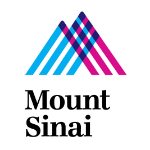