Cause of Drug Resistance Found in a Form of Intestinal Tumor

Most cases of gastrointestinal stromal tumor (GIST), a form of soft tissue cancer (sarcoma), are caused by gene mutations that can be treated effectively with drugs that inhibit the action of enzymes which promote rogue cancer.

But an estimated 10% to 20% of GISTs do not have any mutations detectable or targeted. Scientists in a partnership on cancer research in the Boston area have now explained mechanisms that allow the production of these hard-to-treat cancers and have identified approaches in laboratory experiments that could lead to successful new therapies.

The research, a joint effort by scientists at the Massachusetts General Hospital (MGH), the MIT and Harvard Broad Institute, the Dana-Farber Cancer Institute (DFCI) and the Harvard Medical School (HMS) Ludwig Center, is published in Nature journal.

Importantly, the investigators show how "epigenetic" changes - changes in how the code of genes is read by tumor cells that are not caused by genetic mutations - can lead to the development of GISTs and other cancers, and how it may be possible to short-circuit the cancer-causing machinery.

"Your genome consists of about 6 feet of DNA wrapped very carefully to fit into microscopic cells. One of the tricks that the cell uses to compact all of this DNA is to tie it up into little loops," says senior co-author Bradley E. Bernstein, MD, PhD, of MGH, Broad Institute and the Ludwig Center at Harvard.

He prefers the method of shoelaces, where a knot separates every carefully tied chain. In scientific terms, the "knot" in the cells is called an "insulator." He and his colleagues found that one of these insulators usually prevents a gene that causes cancer, FGF4, from coming into contact with a stretch of DNA with a powerful switch that turns on an unrelated gene. The cancer-causing gene and the shift are in different loops in normal cells and never come into contact with each other. The insulator is not active in some types of GIST, however, the loops combine into one, and the on-switch activates the cancer-causing FGF4 gene incorrectly.

Researchers have been studying a type of GIST that lacks traditional cancer-causing mutations but instead has lost the role of an enzyme complex called SDH, which is usually essential to cell energy generation. Why SDH deficiency contributed to this malignancy was a mystery, but an important hint was that a process called DNA methylation was abnormally revived in SDH-deficient tumors, which adds tiny chemical ' marks' to the DNA. The team found that the excess methylation in these tumors killed most isolators, leading to irregular on-switch and oncogene contacts. In addition to the disrupted insulator that triggered the oncogene FGF4, a second disrupted insulator was found near a healthy gene called KIT-the gene that is abnormally activated by a mutation in most other GISTs.

To validate their findings, the investigators then transplanted a human GIST tumor into a mouse to create an experimental model or 'mouse avatar'. They showed that their model "faithfully maintains the epigenetics of the parental tumor" including the supercharged DNA methylation and defective insulators.

Finally, the investigators showed that growth of the model tumors could be suppressed with a class of drugs known as fibroblast growth factor receptor (FGFR) inhibitors, either alone or in combination with an enzyme-inhibiting targeted therapy called sunitinib (Sutent®), a drug FDA-approved for treatment of GIST.

"Although some targeted therapies can help SDH-deficient GIST patients, the children and young adults who typically get this form of GIST generally develop resistance rapidly to the standard targeted drugs. The insights from our collaborative research can open new avenues for testing combinations of new therapies in this subset of GIST and other cancers," said George Demetri MD, senior co-author from the Dana-Farber Cancer Institute and the Ludwig Center at Harvard. Bernstein adds that "the FDA approved the first FGFR-inhibitor drug for treatment of metastatic bladder cancer earlier this year, and it may be possible to re-purpose this or similar drugs in development to treat SDH-deficient GIST."

The study was supported in part by The National Cancer Institute, the NIH Common Fund, the Ludwig Center at Harvard, the American Cancer Society, the MGH Research Institute, the Broad Institute of MIT and Harvard, and the Pan Mass Challenge.

About the Massachusetts General Hospital

Massachusetts General Hospital, founded in 1811, is the original and largest teaching hospital of Harvard Medical School. The MGH Research Institute conducts the largest hospital-based research program in the nation, with an annual research budget of more than $1 billion and comprises more than 8,500 researchers working across more than 30 institutes, centers and departments. In August 2019 the MGH was once again named #2 in the nation by U.S. News & World Report in its list of "America's Best Hospitals."

Cause of Drug Resistance Found in a Form of Intestinal Tu... 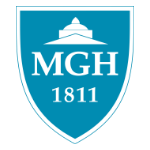